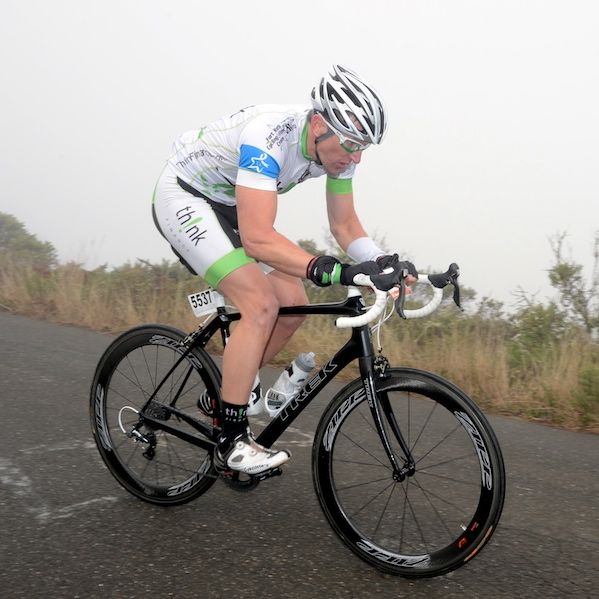 Deep In the Pain Cave:  Topping out on Coleman Valley Road at Levi’s GranFondo

A reporter once asked cycling legend Fausto Coppi what it takes to become a champion.  Coppi’s response:  “Ride your bike, ride your bike, ride your bike.”  There are no shortcuts to success in cycling (or any other pursuit for that matter).  I started riding as a way to improve my cardio fitness for rock climbing.  I’m by no means a great cyclist, but over the years I’ve logged enough miles to hold my own on group rides.   On a good day and under the right circumstances I can even mix it up with racers.  Having a strong day on the bike is a great feeling, but to maintain at this level I need to spend at least 3-4 hours a week in the saddle.  And that’s the rub.  Ultimately cycling is a “second hobby” for me, and with a demanding job and two youngsters at home, I have maybe 8-10 hours a week to pursue my athletic interests.  If I want to achieve my objectives in rock climbing, I need to cut back on cycling, re-dedicate myself to climbing, and swallow my pride when I get dropped on group rides (easier said than done).  With that as context, here are my numbers for 2012:

To a non-cyclist these numbers may seem big, but a serious cyclist wouldn’t consider this to be a lot of training (many of the guys I ride with do 5-6 rides a week).  My mileage will probably drop pretty significantly in 2013 as I re-focus on climbing.  I’ve got some big climbing objectives in 2013 – but more on that later…